They say that you always remember your first. Even though without any major incidents, I’ll always remember that first day of riding towards the unknown. I felt both excited and a little worried, but I knew that there was one option for me: going north, no matter what, one step at a time.

On March 8 at 8:00 local Cape Town time I had everything packed on the motorcycle and I was ready to go. Even though the amount of stuff I had with me was overwhelming, I found it funny that everything was a little too clean. My jacket, pants and helmet were new, the side cases didn’t have any scratches and the dry bags had no dirt on them.The plan for the day was going to the most southern tip of Africa (Agulhas), take some photos there and then ride north as much as possible, towards Namibia.Being on the motorcycle again felt right, but I knew not to get overexcited because that’s when accidents happen. 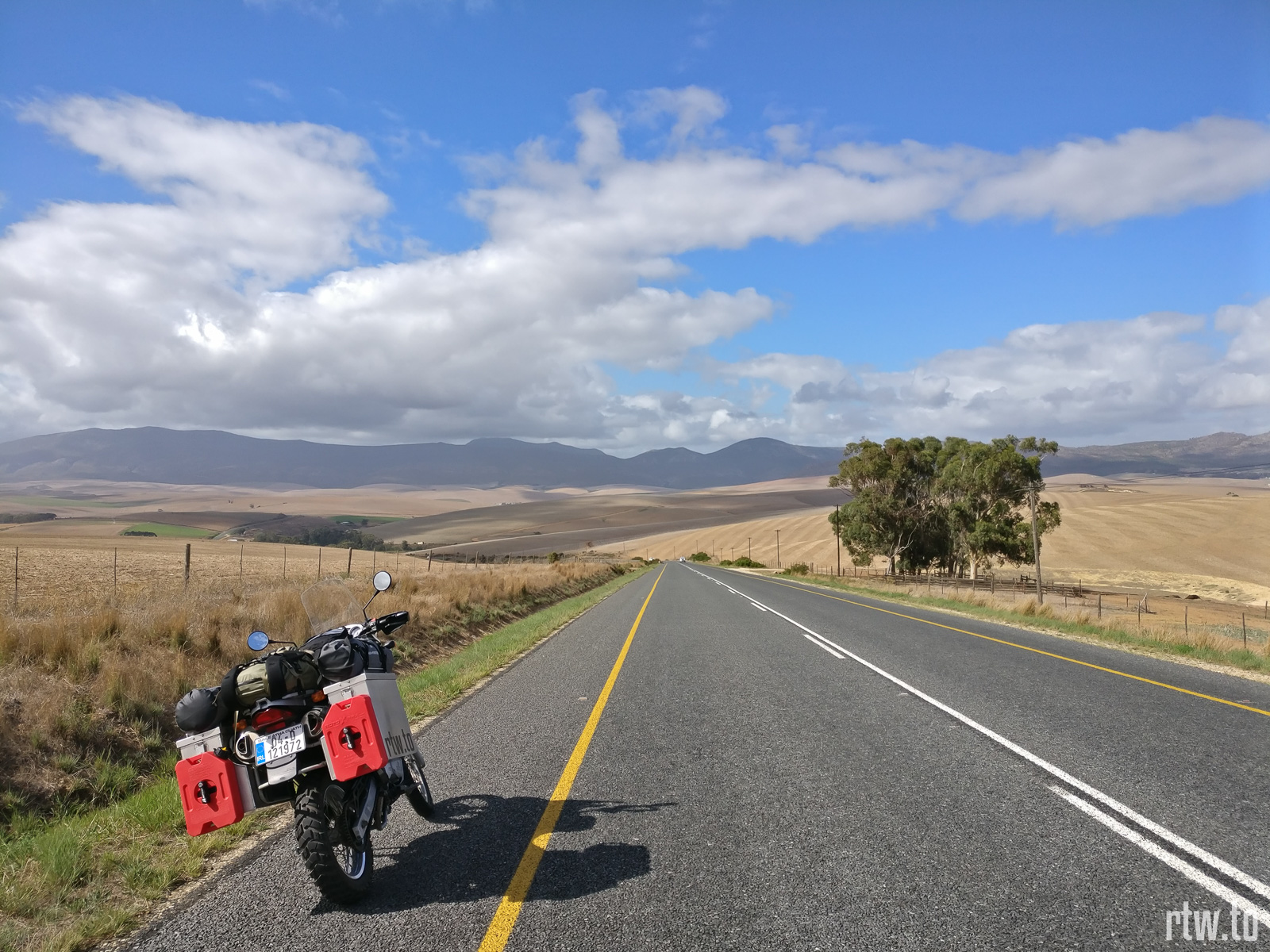 The impeccable roads and fantastic scenery have been another reason as to why the day was memorable. After a short off-road section, I reached the most southern tip of Africa: Cape Agulhas. I wasn’t amazed, as it was flat and there was only a monument to acknowledge the fact. Some twistiest brought the first issue of the trip, something that I had never felt before: front wheel wobble while passing a truck on some twisties. I only got a small scare from it and I enjoyed the rest of the road up to the Silwerstroom campsite, where I got to spend the night. 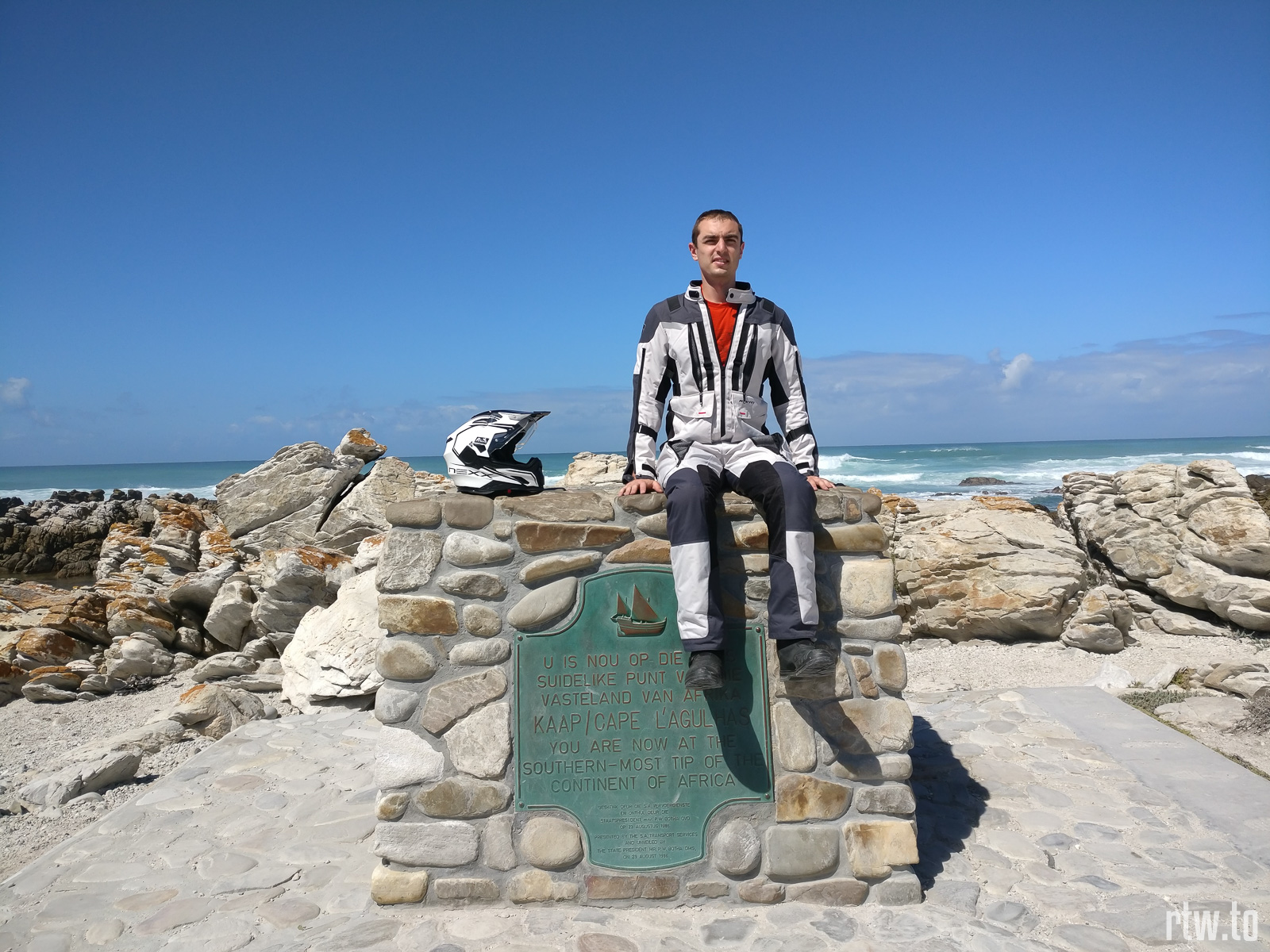 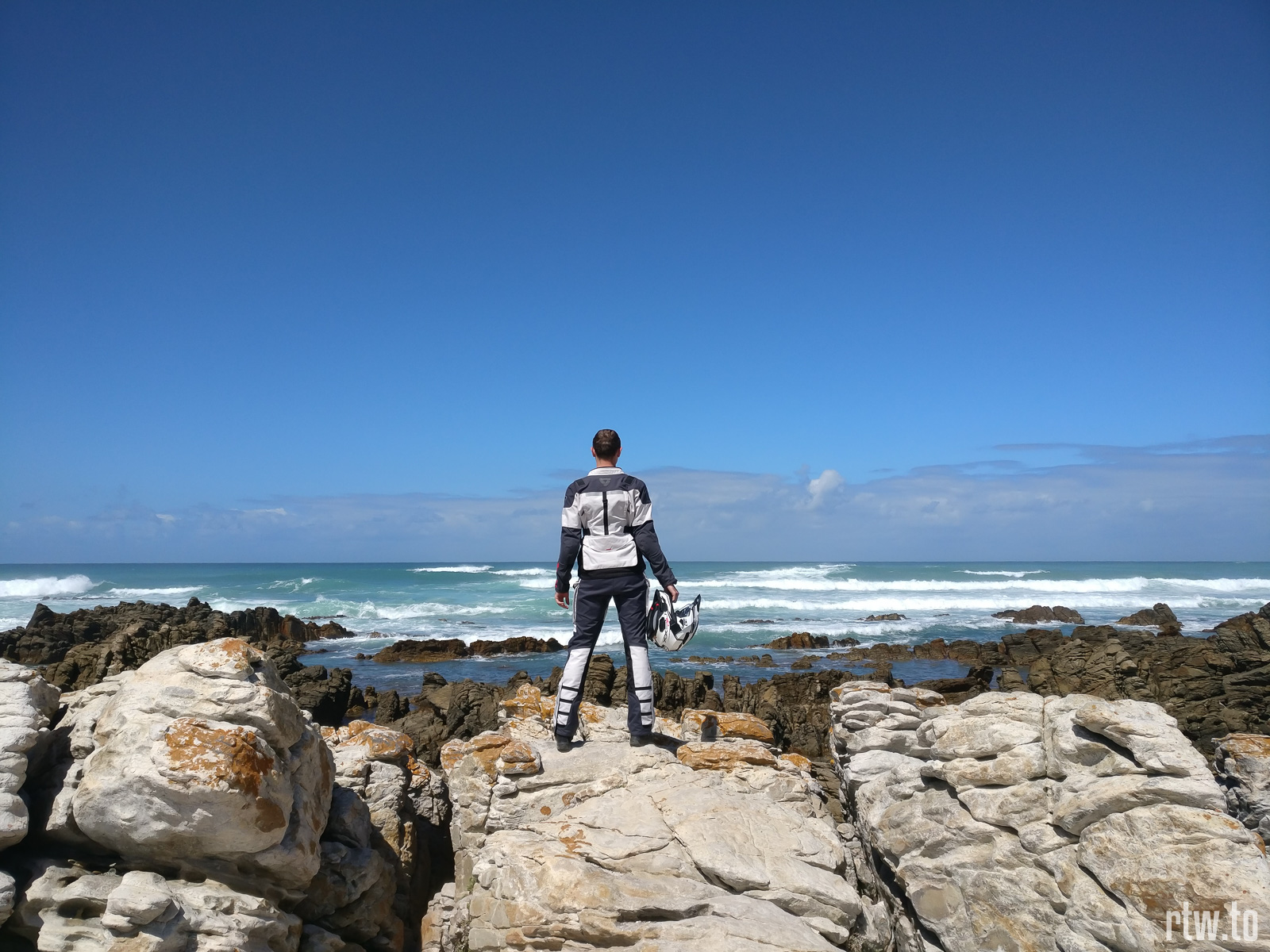 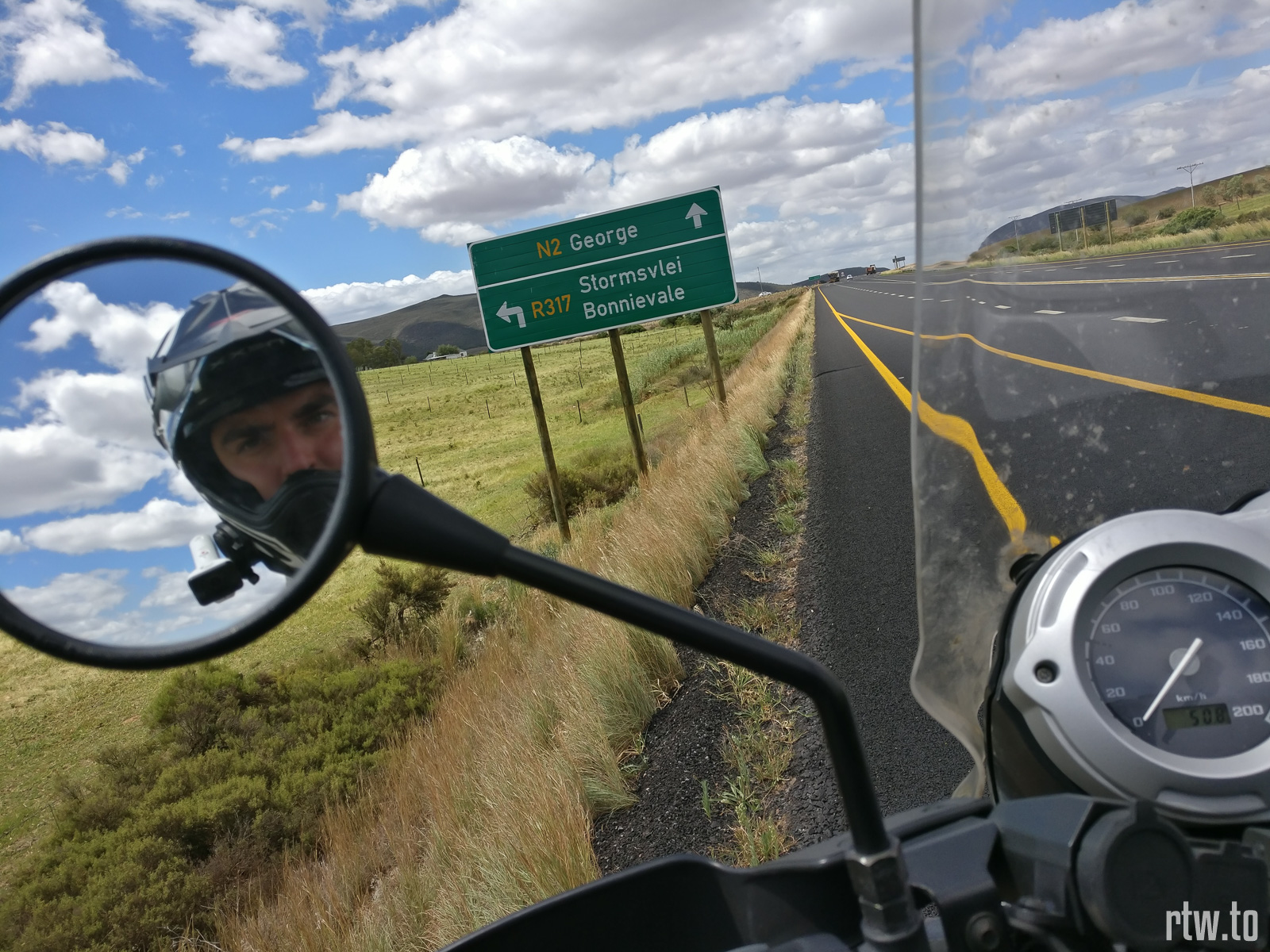 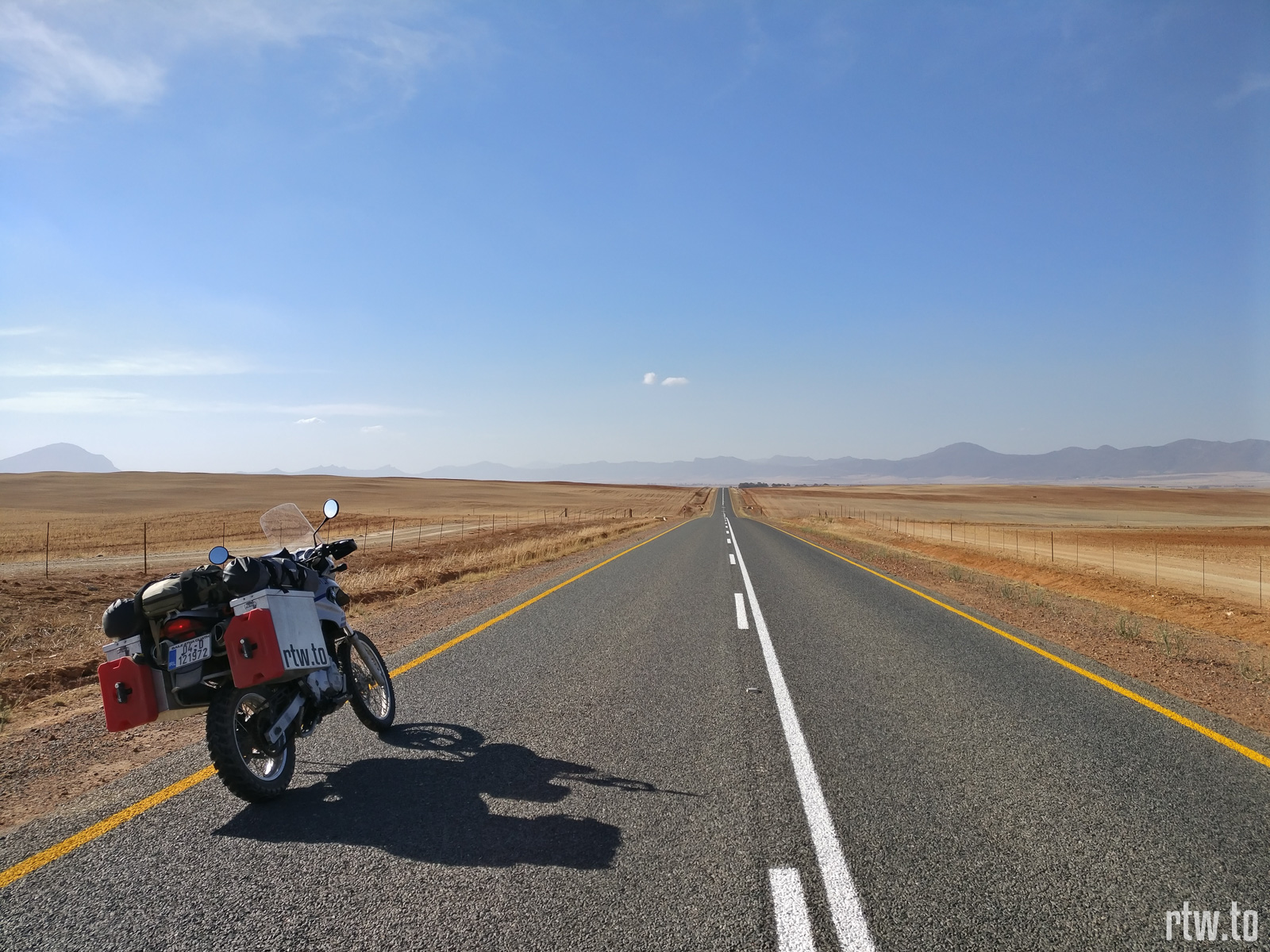 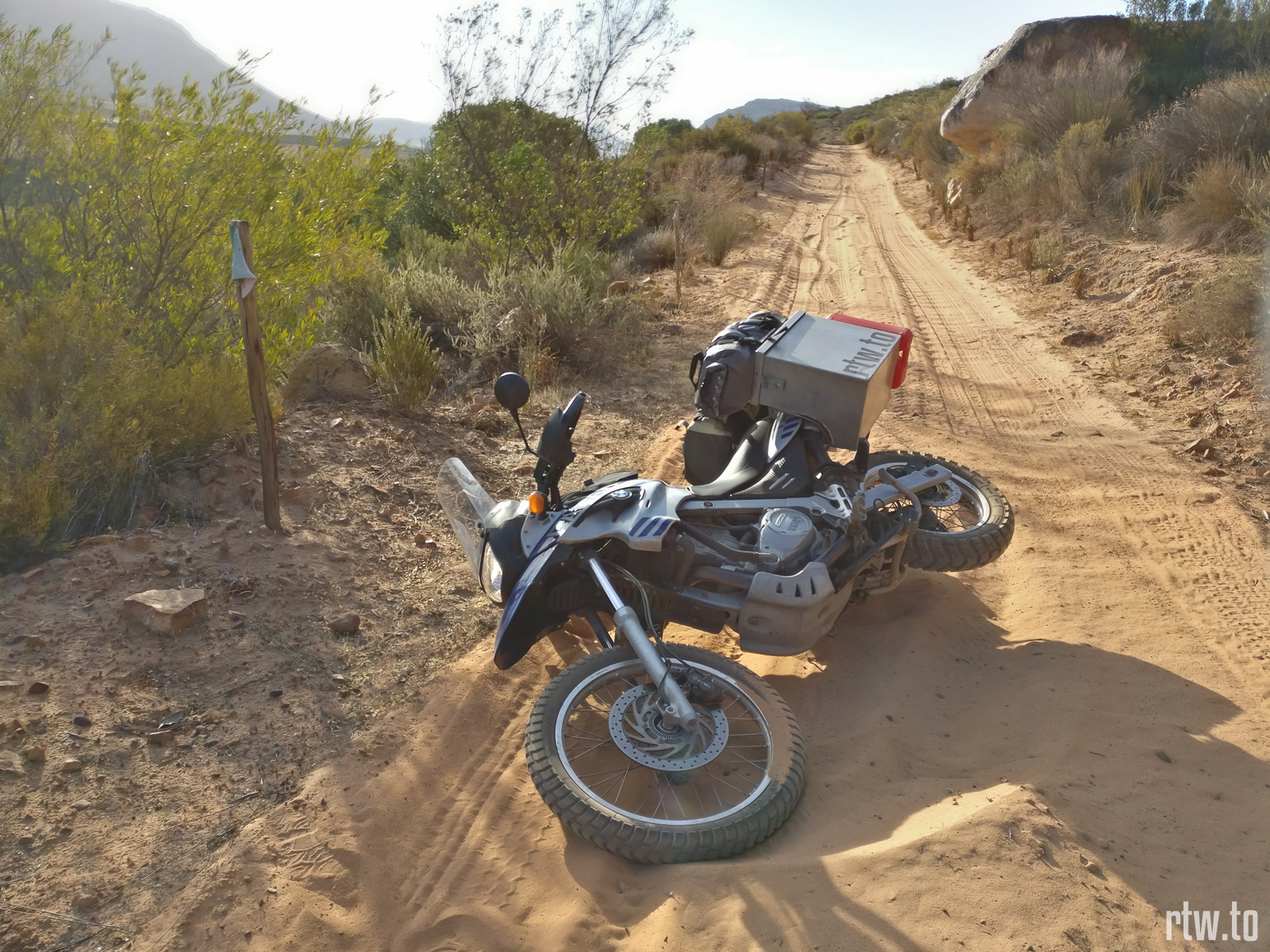 My first time riding on sand right before camp was also the first time I fell. The second time I rode on sand, after the huge effort of getting the motorcycle back up also led to me falling. Well, that was enough for me to hate sand, which I still do till present day.
As it was the first time I was camping, I was wondering how many times I’ll have to do the unpacking and packing until I get to the end of this trip. I had big plans, riding up to Nordkapp before the Mongol Rally started. That evening, I noticed that I had a bolt missing from the front fork, which was holding the axle in place. I forgot to tighten it properly while I was assembling the motorcycle the day before. I decided to keep riding towards Windhoek like that, even though I later realized what a stupid choice that could’ve been.

I took the drone out, got some shots and went to bed for some well deserved rest. Next day’s goal was crossing the border to Namibia. 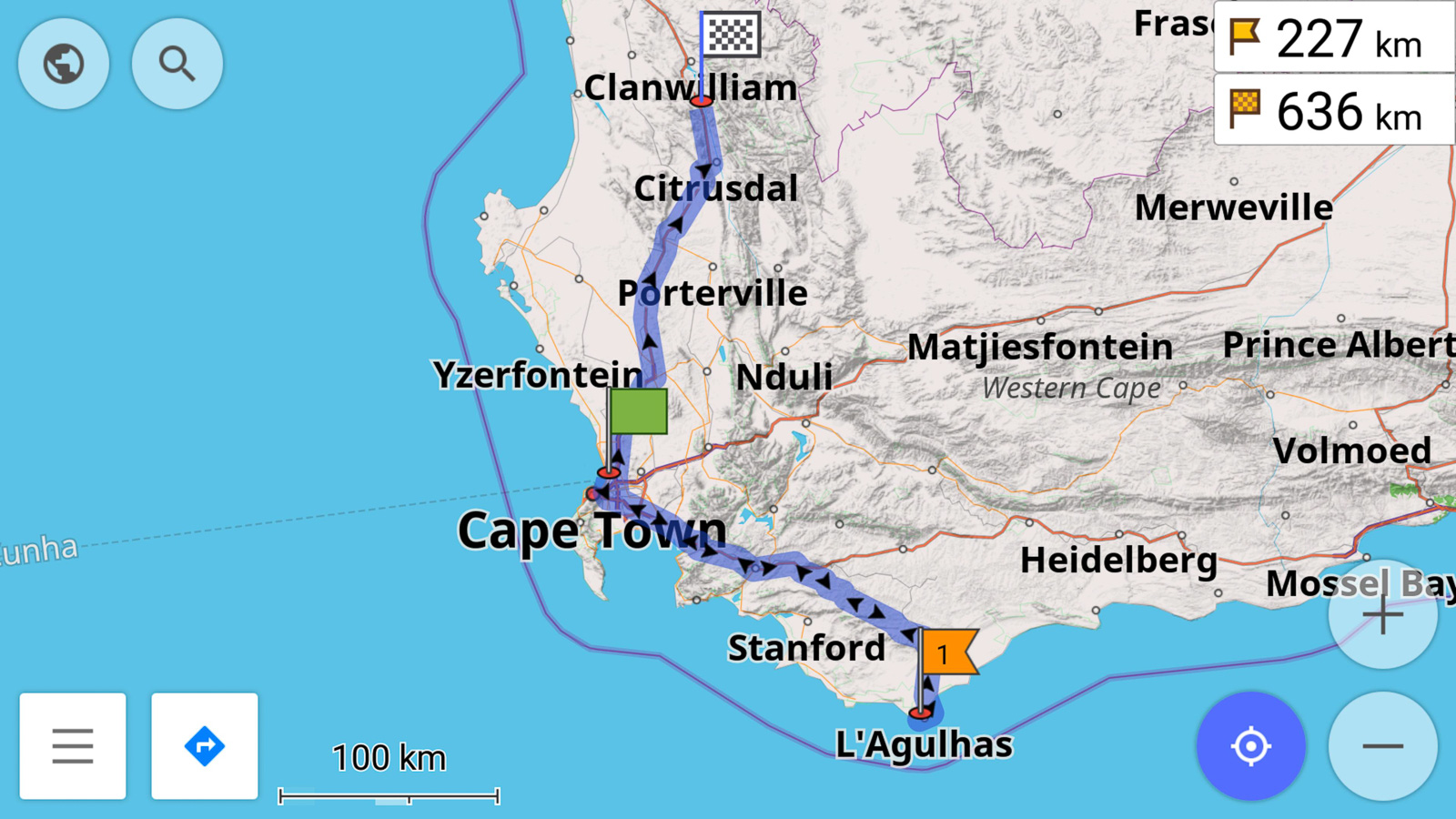 Raw journal notes from that day:Hands are aching, body alsoKnees are hurting because of the protectors in pantsFirst contact with sand, first time I dropped the motorcycleSecond contact with sand, second time I dropped the motorcycle. I begin to hate it.Rode around 600 kms todayFound a camping with a pool, too cold outside to use, no drought problem herePacked too much stuffDid not have time to see how the burner works, to cook some oatsSeen baboons on twisties and ostrichesWent to the most southern point of Africa, wasn’t impressedGood roads, even had a bit of gravelNeed to organize my stuff betterData plan expired, now Internet is 10ZAR per 100MB, valid one dayLost the front axle screw 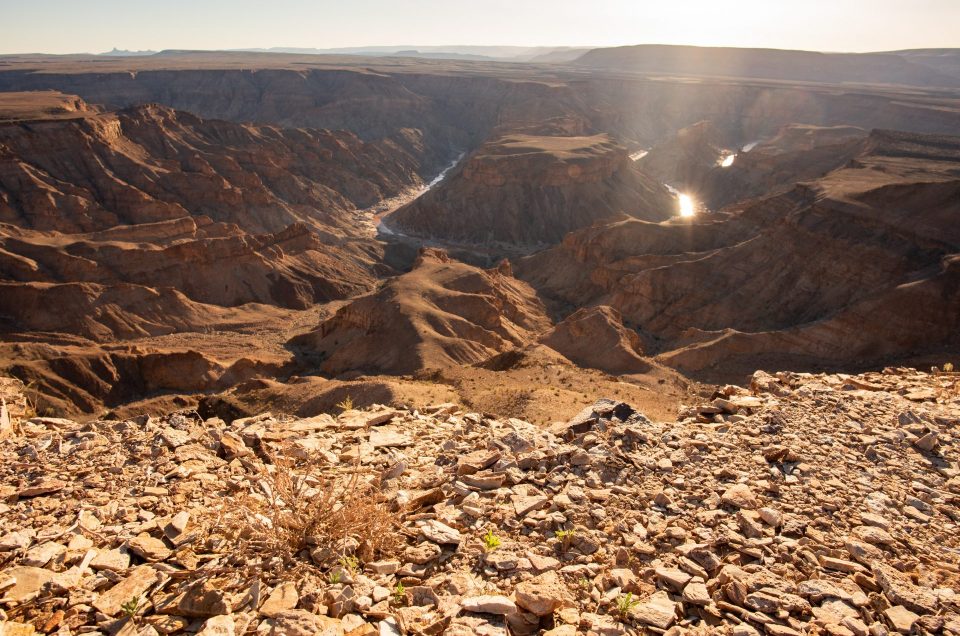 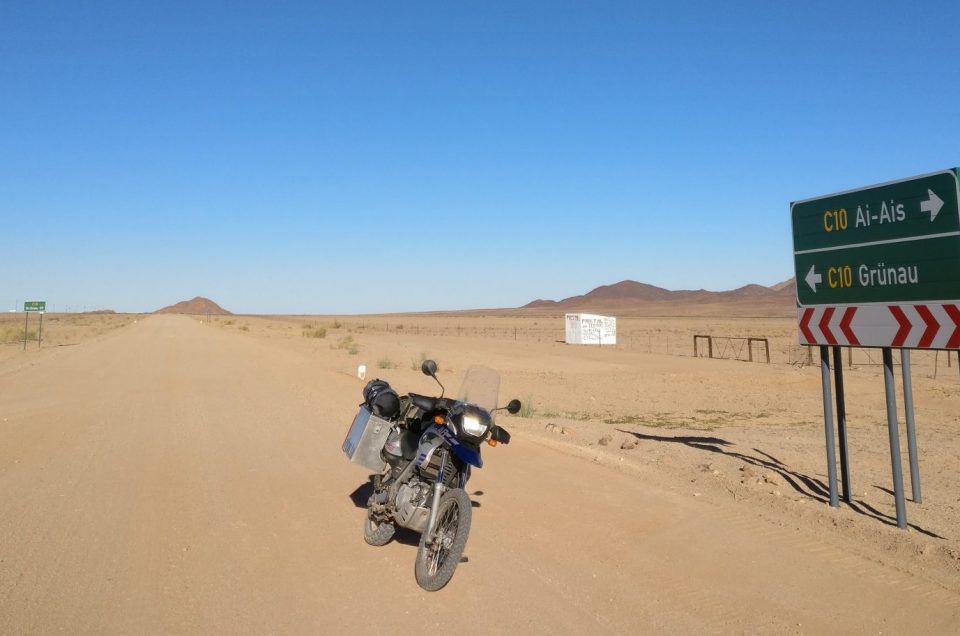 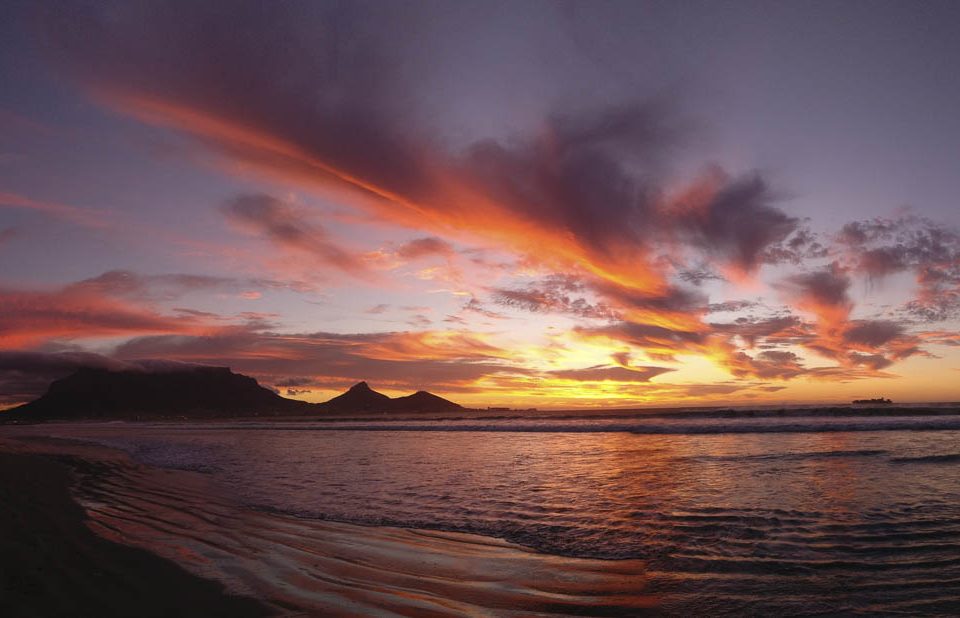